Choose your hours – Freelancers, how do you sleep at night?

Sleep is not an option.

That’s what Elon Musk tweeted back in 2018. At the time, he was pulling 120-hour work weeks and sleeping at the office – not because he liked the stress, but because he viewed it as necessary for Tesla’s success. His tweet came in response to an article from Arianna Huffington, founder of The Huffington Post, urging the exec to get more rest.

‘Ford & Tesla are the only 2 American car companies to avoid bankruptcy. I just got home from the factory. You think this is an option. It is not.’ – Elon Musk

A lot has happened to Tesla since then. Maybe most tellingly given the CEO’s priorities, the company’s stock price skyrocketed from $68 to $707 USD. But Huffington’s comments came from a place of empathy and science, and the question remains: is this kind of narrative around entrepreneurship and sleep healthy? Or alternatively,

Is sacrificing sleep ever actually good for business?

Despite all the buzz that maverick entrepreneurs like Elon Musk (part of the 1%) get in the media, what’s the true relationship between self-employment and sleep? We wrote this article to find out.

Let’s step back and look at the physical and mental effects of sleep.

International bestsellers like Arianna Huffington’s The Sleep Revolution: Transforming Your Life, One Night at a Time (2016) and Matthew Walker’s Why We Sleep: The New Science of Sleep and Dreams (2017) have fed a healthy discussion on the importance of sleep in our daily and nightly lives.

Huffington herself was a high-octane exec firing on all cylinders until one night she collapsed from over-exhaustion and shattered her cheekbone – a painful but ultimately career-saving wakeup call. However, the effects of sleep deprivation aren’t always so sudden.

Persistent poor sleep is linked with increased risks of heart disease and stroke, elevated chances of developing type-2 diabetes and increased reports of depression and anxiety. It also makes you more susceptible to colds and flu!

No aspect of your biology is left unscathed by a lack of sleep.

On the other hand, getting regular rest will protect you from all of the above, plus ward off cancer and dementia. It's a human privilege that is too often compromised by the habits of modern life. A miracle drug, freely available to everyone on earth – provided you’re lucky enough to not suffer from insomnia.

An abundance of anecdotal evidence points to one clear and simple fact:

When you opt into self-employment, you trade a good night’s sleep for meaningful work.

Often, this is seen as an inconvenient side-effect of ‘being your own boss’, as if somehow this sense of purpose and fulfilment compensates for the real physiological and mental damage a persistent lack of sleep unavoidably wreaks on your health.

But is it true that the self-employed actually sleep less than employees, or is this just a myth perpetuated by a few high-profile entrepreneurs who skew the picture?

A 2019 study called I will sleep when I am dead? Sleep and self-employment by Wolfe and Patel looked at this question and discovered some surprising results. Their study was published in the peer-reviewed journal Small Business Economics. Looking at sample sizes of up to 47,851 participants across the US and UK, they concluded that:

These findings show us a radically different, unexpected picture of sleep and self-employment. According to Wolfe and Patel, choosing to work for yourself doesn’t necessarily mean less sleep, it can actually mean more!

The myth of the 8-hour sleep

Back in the early 90s, a psychologist called Thomas Wehr ran a study in which a group of people were plunged into darkness for 14 hours every day for a month. What happened was pretty cool. When their sleep patterns stabilised at around the four-week mark, the subjects fell into a distinct pattern: a four-hour sleep, followed by one to two hours awake, then a second four-hour sleep. Weird, right?

As it turns out, it’s not as weird as you’d think. In 2001, a historian called Roger Ekirch published a seminal study on historical sleeping patterns, on which he later wrote a book.

Before electricity, Ekirch argues, night time was dangerous and not much fun. It was populated by wild beasts and seedy characters. Up until the 17th century, humans would go to bed early, wake for a few hours during the night to eat, pray, tend the fire or even socialise with neighbours, then go back to bed for a second sleep. But as night became a place for legitimate activity in well lit cities, the length of time people dedicated to rest dwindled. And by the 1920s, sleep was seen as unproductive.*

Even today, sleep is stigmatised and associated with laziness. We all know this is silly.

The 8-hour single-sleep pattern emerged as the most efficient way of getting your zzz. But is it the best?

*Check out our article on how the rise of productivity shaped the evolution of meaningful work.

Part of freelancing is choosing when and how you work. This can wreak havoc with other parts of your life if you’re not careful. Things like eating, socialising and sleeping can fall by the wayside.

In fact, when you think about it – and dig into Reddit threads on freelancing and sleep to get a consensus – this control over your lifestyle is one of the major attractions of self-employment.

Are you most creative between 11pm and 3am? You can plan for that.

Knowing your priorities is a must if you want to find balance in work life. After all, when it comes to how many hours of sleep a person needs to be at their best, everyone is different. Roger Federer famously snoozes on average 12 hours per day. Lebron James, too. Usain Bolt slept 9.5 to 10 hours a night and was known to wake up 30 minutes before breaking world records.

So, harking back to the question ‘Is sacrificing sleep ever actually good for business?’, the truth is that it’s complex. There are lots of variables, and only you can say whether foregoing sleep is ever truly ‘not an option’.

You might need to suffer a shortage one week, just be sure to give yourself sufficient time to recover. Because one thing is certain: healthy humans need regular sleep – and freelancers, while you are exceptional, you're no exception. The data proves it. 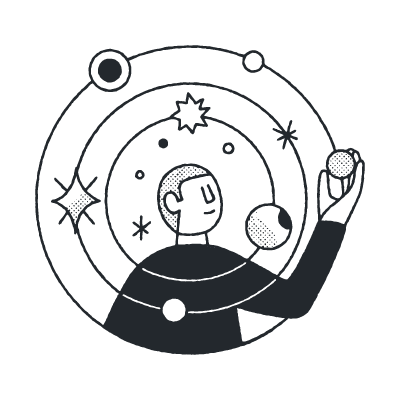 9 signs you need a vacation from freelancing